I’ve been fascinated with hand-built clay sculptures for a long time.  Tried to create a few with some success but more disappointments.  I think it’s because I’ve always built over a form, not trusting myself to build it from scratch.  I’d even tried a sculpture class or two but didn’t really understand the process; so, it was back to my partial success with forms.

When Creative Arts Center of Dallas offered an animal sculpture workshop, I signed up … a couple of times.  But, each time, it was cancelled until last month.  Frankly, I was surprised that the workshop was a GO! because class size was limited and we were required to wear masks.

Well, this was the best workshop ever! Susan Giller helped me understand the process of building a solid figure, refining it, hollowing it out and finishing it.  Here are some “work in progress” photos. 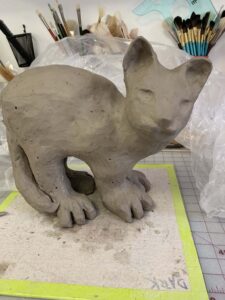 In the beginning there was clay. Took a while to shape and refine. 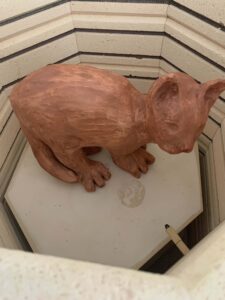 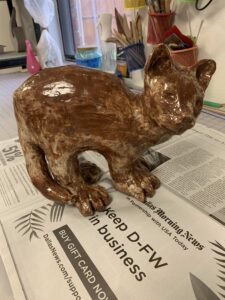 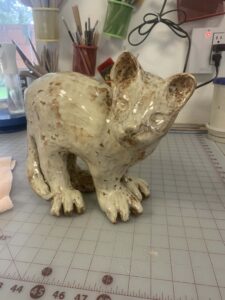 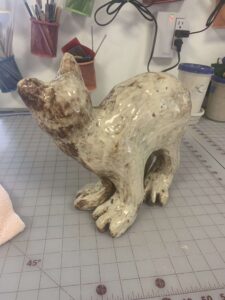 Back of cat after second glaze firing 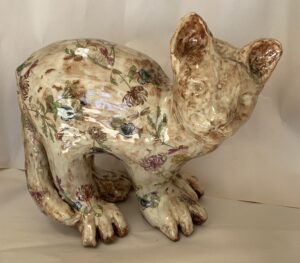